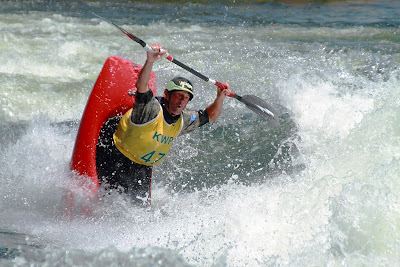 Eric Jackson took first place with huge tricks, and plenty of them, racking up over a thousand points per ride. 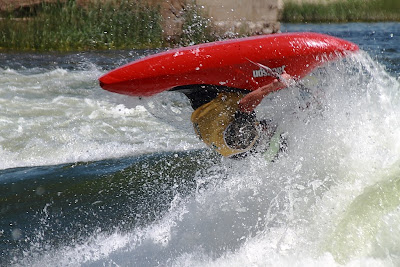 Crowd pleaser's like this monster loop after the buzzer, kept everyone on their toes for what he might do next. 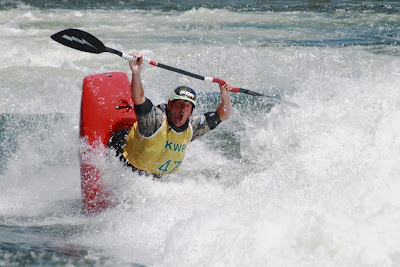 Although I missed junior men's, women's, and everything else, it was announced as I arrived that Emily Jackson had won the women's division, and Dane Jackson won Junior Men's. 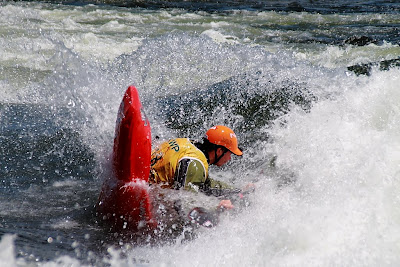 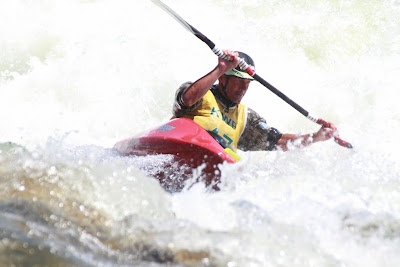 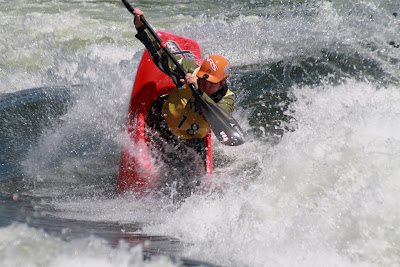 I went to the USAFK National Point-Series Free-style Kayak Championship at Kelly's whitewater park in Cascade Idaho yesterday. I wanted to attend the whole thing, but work had a different agenda for me. I did not think that I was going to be able to attend any of it, but Sunday was slow, and I left just in time to see the men's k2 finals.