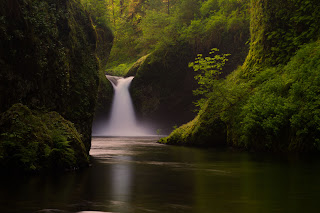 Morning at Punchbowl falls. The water was cold but oh so worth getting in, as the view was great. 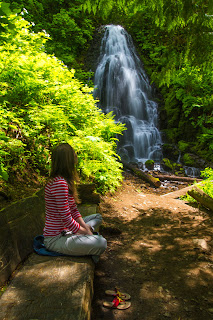 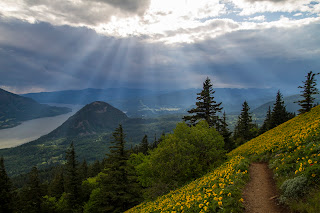 Dog Mountain had quite the breathtaking view for the name. I have never seen so many wildflowers. The storm that was rolling in had people running down the mountain. I froze with the howling wind in minutes, and retreated half way down the mountain for warmth reasons. After this I always had a hat, jacket, and gloves.
— 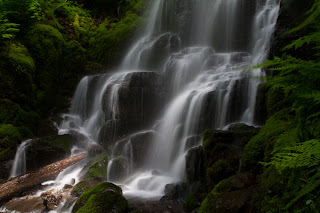 Another view of Fairy falls. The light seemed to dance with the falling water. Great day for waterfalls.
— 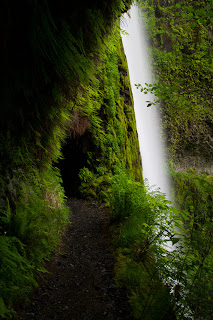 Tunnel falls was a great experience. The whole experience was incredible. I couldn't keep from thinking about Indiana Jones. Great stuff.
— 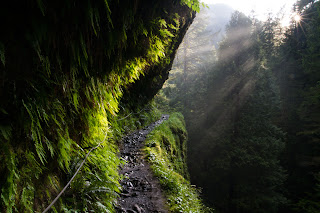 The trail was pretty but a fall would have been deadly. It was over a hundred feet to the bottom straight down in some places.
— 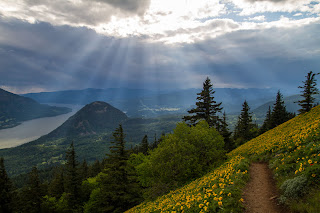 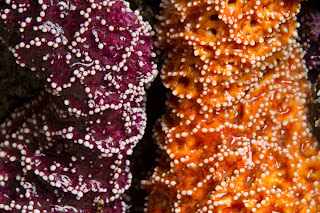 Sea Stars (Starfish) are really neat creatures. Sea stars have a tough covering on their upper side, which is made up of plates of calcium carbonate with tiny spines on their surface. A sea star's spines are used for protection from predators, which include birds, fish and sea otters. 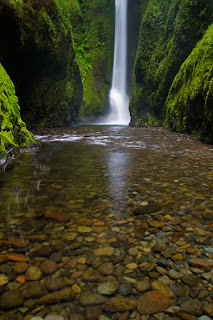 This waterfall required a climb over a slippery log jam that I just about fell off. We were warned that a man had died last year from falling into the log jam. Then once we neared the falls we were required to climb the slippery rock, or wade neck deep through freezing water while carrying our camera's over our heads. Although nerve racking, the climbing worked out.
— 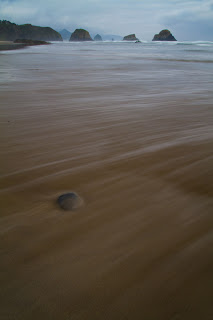 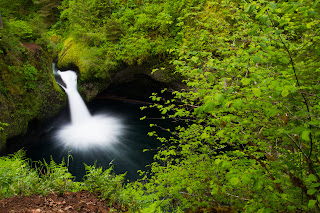 Punchbowl falls. I really want to kayak this someday. 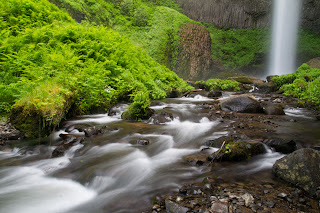 I did not think that this one would be even worth seeing due to the size. The scenery at the bottom was great.
— 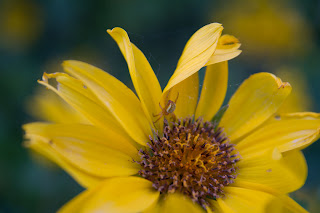 I noticed this tiny spider in one of the wildflowers. I think that spiders are the coolest looking insects.
— 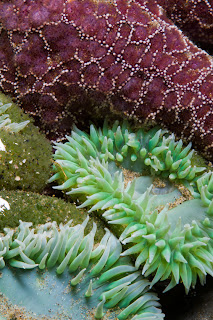 Sea stars move using hundreds of tube feet, which are located on their underside. The tube feet are filled with sea water, which the sea star brings in through the sieve plate, or madreporite, on its top side. Sea stars can move more quickly than you might expect. If you ever get a chance, try visiting a tide pool or aquarium and take a moment to watch a sea star moving around. The sea star's tube feet also help the sea star hold its prey, which includes bivalves like clams and mussels. The sea stars attach themselves so tenaciously to the rocks that it is impossible to pick them up without harming them, even if there are only a few feet holding on.
— 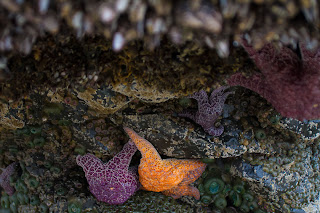 Instead of blood, sea stars have a water vascular system, in which the sea star pumps sea water through its sieve plate, or madreporite, into its tube feet to extend them. Muscles within the tube feet retract them.
— 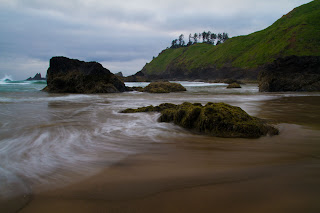 It was fun running away from the waves while trying to capture the wave coming in. 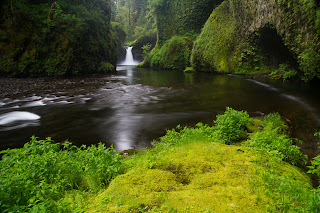 I waded waist deep through fast moving water to get this shot. I used my tripod to stabilize myself so that I did not fall. The water was so cold I could not feel my legs after a while.
—